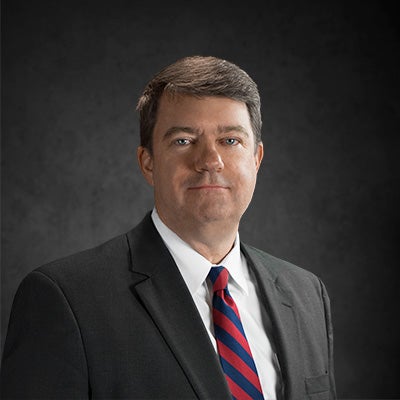 Mr. Wilson was admitted to the Florida Bar in 1991. He began his legal career in Tampa working primarily in the fields of insurance defense and personal injury law. He then returned to his hometown of Dade City, and became a partner of the law firm of Johnson, Auvil, Brock & Wilson, where he concentrated on representing personal injury clients. He has tried cases in front of juries in Hillsborough, Pasco, Pinellas, Manatee, and Sarasota Counties, has several published appellate decisions, and has argued in front of the Second District Court of Appeal.

Mr. Wilson is admitted to the Florida Bar, and to the United States District Court for the Middle District of Florida. He is a member of the Florida Justice Association, and the Tampa Bay Trial Lawyers Association. He has been honored with the prestigious "AV rating" by Martindale-Hubbell, the preeminent national publication in the legal field. The rating is based upon evaluations by other lawyers and is the highest ranking attainable by an attorney for ability and ethics in t he practice of law.

Mr. Wilson and his wife Lori have three children — Jack, Billy, and Annabelle — and reside in Dade City. His interests include sports (especially Alabama football), movies, music, and politics.