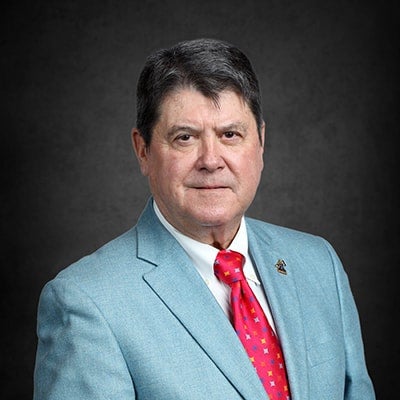 In January 2009, nearly a year after starting his second tenure in the Kentucky House of Representatives, Gregory D. Stumbo was elected House Speaker by his legislative colleagues, an honor he received again in 2011 and 2013.  He has spent more than 30 years in public service, beginning when he became Floyd County’s state representative in 1980.  He became House Majority Floor Leader five years later, making him the youngest state legislator in the nation to hold that title.  By 2003, when he was elected as Kentucky’s Attorney General, he had accumulated 19 years in House leadership, giving him the longest uninterrupted service ever by a Kentuckian.

As Attorney General, Greg Stumbo cracked down on internet pharmacies shipping illegal narcotics into Kentucky, and he also ran a series of successful child-predator stings across Kentucky, one of which was featured on the NBC series “To Catch a Predator.”

During his tenure as House Speaker, his key accomplishments include helping to lead the state through the world’s worst economic crisis in 70 years; overhauling the state’s testing system for elementary and secondary schools; better protecting victims of domestic violence through his Amanda’s Law; and sponsoring legislation in 2012 that has been hailed as a national model for reducing prescription drug abuse.

Before he began serving as Attorney General, he played key roles in several other landmark laws.  He sponsored the legislation creating the Kentucky Lottery and the Kentucky Education Reform Act, and in 2002 his legislation streamlining the state’s solid-waste system helped close landfills and clean up open dumps and litter along public roads.  In 1999, his environmental work earned him the Kentucky Environmental Quality Commission’s prestigious Earth Day award.

His time as House Speaker also includes contributions nationally. He is on the governing board of the Council of State Governments, which is based in Lexington and is the only agency focused on all three branches of state government.  He also is involved with the National Conference of State Legislatures.

Those organizations recognizing him for his work include the Kentucky Family Safety Foundation, the Kentucky Domestic Violence Association, the Kentucky Academy of Trial Attorneys, and the Floyd County Chamber of Commerce. In 2011, he was inducted into the Frankel Hall of Fame by the Lexington Speech and Hearing Center, and each year he also hosts a charity event to raise money and support for the Highlands Center for Autism, which operates in his hometown of Prestonsburg.

At home, Speaker Stumbo enjoys hunting, fishing, golfing, and is also a private pilot. He has three children -- Morgan, Brooks, and Kassidy -- and is married to the former Mary Karen Henderson.