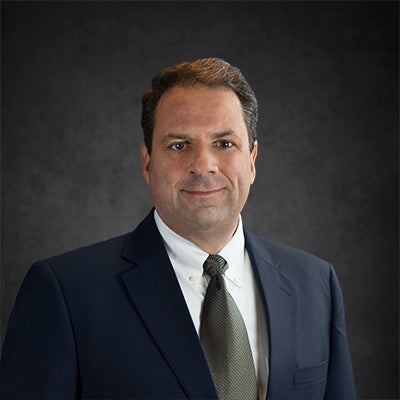 Mr. Spain has an extensive background in both Civil and Criminal law. Prior to joining Morgan & Morgan, P.A., he served as Chief City Prosecutor for the City of Orlando, as an Assistant Statewide Prosecutor for the State of Florida, and as an Assistant Public Defender in the Ninth Judicial Circuit and as a Special Agent for the Federal Bureau of Investigation. Since joining Morgan & Morgan, he has focused his practice on civil trial litigation, disability insurance claims, ERISA Claims, insurance disputes, life insurance claims, plaintiff insurance litigation, property damage claims, and sinkholes

As an Adjunct Law Professor at the University of Central Florida, David Spain taught pre-law courses for 4 years. He has also served on a Florida Bar Rules Committee and various Citizen Advisory Boards addressing a variety of state and local issues. Mr. Spain has also been a frequent lecturer on legal practice topics for Attorneys, Colleges and Professional Associations.