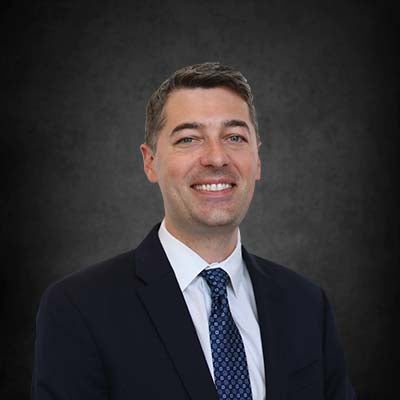 Corey Asay is a member of the firm’s Employee Rights Group, concentrating on representing individuals in discrimination, harassment, retaliation, and wage and hour matters. Prior to joining Morgan & Morgan, Mr. Asay was a partner with Dinsmore & Shohl LLP, where his practice focused on representing employers across a broad range of industries – from local businesses to large, national companies – in all aspects of employment law. Mr. Asay has litigated employment claims in state and federal courts throughout the country, providing him a unique perspective and ability to advocate for individuals who have been wronged by unlawful employment practices.

Prior to beginning his practice in the Cincinnati area, Mr. Asay served as a judicial law clerk to U.S. District Court Judge Jack Zouhary and U.S. Magistrate Judge James R. Knepp II. In addition to participating in various trial matters at the district court, he gained valuable experience at the appellate level during sittings on the Ninth Circuit and the Sixth Circuit. Prior to his clerkships, Mr. Asay was a member of the litigation department at a firm in Evansville, Indiana, where he handled all phases of litigation. During law school, he served as a judicial extern to U.S. District Court Judge Gregory L. Frost.

Mr. Asay earned his J.D. from Ohio Northern University, where he graduated second in his class and served on the executive board of the Law Review. He received his A.B. from Wabash College, where he graduated with honors and was a writer for the school newspaper. Mr. Asay is admitted to practice in Indiana, Ohio, and Kentucky.