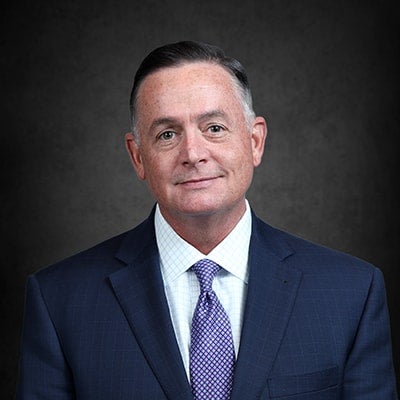 Brad Hollingsworth was born in Wheaton, IL, and raised in Brandon, FL. He graduated from Florida State University in 1988, then attended Syracuse University College of Law, graduating in 1992. He began his legal career defending employers and insurance companies in workers’ compensation claims. In 1995, he began exclusively representing injured workers.

Mr. Hollingsworth spent the next six years working for a preeminent plaintiff’s firm, rising to the level of partner, before opening his own firm in 2001. That same year, he focused his abilities on mediation of workers’ compensation claims, while still representing injured workers. Over 10 years later, and thousands of successfully mediated claims, Mr. Hollingsworth brings his experience to Morgan and Morgan, where he vigorously represents individuals who have been injured on the job.