How is Workplace Safety Changing in 2017? 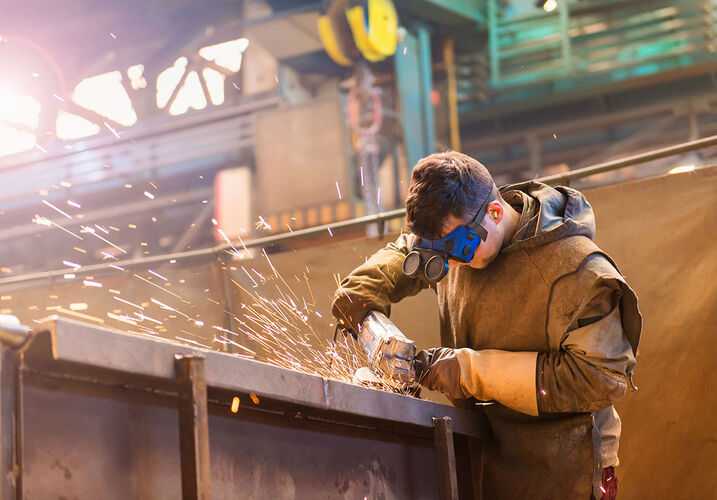 For years, workers have fought tooth and nail to try and get the rights that they deserve on the job. In doing this, they have helped ensure safer workplaces and guidelines that continue to be improved upon. And this week, North American Occupational Safety & Health Week{:target="_blank"}, educates workers and employers alike about the importance of health and safety in the workplace.

The strides that have been made in keeping workers safe are undeniable, but that hardly means everything is perfect in the American workplace. 2017 is proving to be a tumultuous time for labor, due to factors that include the new presidential administration, and that controversy has bled into the discussion of worker safety as well.

There are encouraging signs, but also uncertainty. The state of worker safety right now is in a bit of flux. But there’s plenty of information we have at our disposal to help improve conditions for workers.

Death on the Job Report

In April, the American Federation of Labor and Congress of Industrial Organizations (AFL-CIO) published Death on the Job: The Toll of Neglect{:target="_blank"}, a report that compiled data from both the U.S. Bureau of Labor Statistics and the Occupational Safety & Health Administration (OSHA) that details 2015 work-related fatalities. 4,836 workers in the US were killed on the job that year, according to the report.

One important development from this report are which demographics are particularly vulnerable to work injuries and deaths. For example, there was a notable increase in the deaths of Latino workers, and their rate of death was 18 percent higher than the national average.

Another group with a disproportionately high rate of workplace fatalities is older workers. 35 percent of all fatalities at work in 2015 were workers who were 55 or older. Workers 65 and older had a risk of 9.4 per 100,000 workers — 2.5 times higher than the average.

The report also described a troubling new development on the rise: workplace violence. Violence in the workplace has caused 26,420 work injuries, resulting in lost time on the job and an unsafe work environment. Most alarmingly, 68 percent of those workplace violence injuries were to women. The concentration of women in healthcare and social services has lead to a frightening number of workplace attacks on them.

The AFL-CIO is concerned that OSHA’s resources are not great enough to effectively deal with these emerging workplace safety issues. The number of inspectors they have on both a federal and state level is simply not enough considering the amount of U.S. businesses. With the current ratio, it’s easy for things to fall through the cracks.

OSHA has a number of initiatives that they have either passed or are looking to retool - even when an entire presidential administration is trying to limit it.

OSHA recently decided to launch a campaign promoting worker safety to the youngest members of the workplace, workers up to 24, according to a report by Lexology. OSHA stresses clear communication between younger and older workers, as well as training temporary workers the same way they’d train full-time workers. Direct supervisors have a rare opportunity to create a safety-first culture in their workplace, OSHA believes, and they must take that seriously.

The organization is also considering how to deal with aforementioned violence in the workplace, documenting comments about the recent rise of workplace violence and recommendations about how to potentially combat it. Organizations that represent different health and social service fields — firefighters, nurses, EMTs, occupational health professionals, and more — have all called in to voice concerns.

Other major 2017 OSHA initiatives have been delayed for later in the year. Their standard regarding exposure to crystalline silica, a dust common in industries like fracking, has been delayed from June to September according to Insurance Journal. Their beryllium rule, regulating exposure in construction and maritime industries, was delayed from March to May according to Business Insider. That delay, however, was forced by the U.S. Department of Labor.

These two initiatives have been met with resistance. The resistance of employers is expected, but 2017 has seen OSHA deal with a new foe as well: the administration of President Donald Trump.

President Trump has wasted no time in repealing policies and potentially striking a major blow to worker safety. Many at the AFL-CIO worry that it’s just the beginning for the administration.

One notable decision came in early April, when the President signed an act that repealed OSHA’s “Volks” rule, as reported by Safety and Health Magazine. This rule was meant to strengthen OSHA’s recordkeeping requirements, allowing them to enforce them for 5 and a half years instead of six months. With the repeal, OSHA’s ability to ensure that employers maintain records of injury and illness has been significantly impaired.

There is fear that more blows to OSHA and workplace safety are well on their way. Reports have come out claiming that the administration wants to cut the Department of Labor’s budget by 21 percent, which could lead to massive OSHA cuts. Peg Seminario claimed in an interview{:target="_blank"} that the administration has proposed eliminating the Chemical Safety Board.

While OSHA focuses on safety in the workplace, a number of state governments have sought to make strides for workers after their injury.

Florida, for example, may be increasing the duration of workers’ compensation benefits. The House passed a bill that would extend benefits to those with temporary partial or total disability from 104 weeks to 260 weeks, according to Business Insider

Similarly, New York included workers’ comp reform in its 2017-18 budget, including a two-and-a-half year window for claiming benefits, along with a “safety valve” that can let them keep benefits as necessary, according to Insurance Journal. There are also reforms on how injured one must be to qualify for benefits, and helping those with significant injuries have a greater chance of receiving lifetime benefits.

Have You Been Hurt on the Job?

2017 has seen a lot of uncertainty regarding worker safety, which makes North American Occupational Safety & Health Week that much more important. Getting the word out about workplace safety and injury prevention is crucial and potentially life-saving.