Five New Car Models With The Most Problems 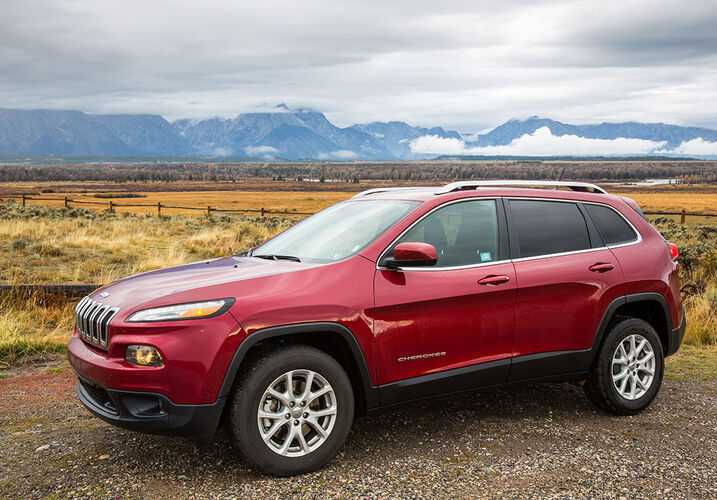 While there are many reasons that a consumer may purchase a new or late model vehicle, it’s often the sense of reliability that comes with purchasing a newer car that car owners seek most. It is frustrating enough to bring a new car in for unexpected repairs, so it comes as a major shock to consumers when a factory-fresh car experiences safety issues that are severe enough to warrant investigations and product recalls. Some of these newer vehicles have even been the subject of national news, like the malfunctioning 2015 Jeep Grand Cherokee that caused the tragic death of Star Trek actor Anton Yelchin in June.

Yelchin died as a result of his 2015 Jeep Grand Cherokee experiencing a gear selector malfunction. The “monostable” gear selector, which operates as a software switch, did not properly maintain the “Park” position, causing the vehicle to roll down the driveway and crush Yelchin to death. The NHTSA announced a recall on 2015 Jeep Grand Cherokees, but carmaker Fiat Chrysler did not have a remedy planned for the gear selector issue until the 4th quarter of 2016. Yelchin’s parents are now suing the carmaker for not adequately addressing issues with the gear selector, despite widespread reports of its faultiness.

The 2015 Nissan Rogue was plagued with six separate recalls, the most severe of which impacted safe airbag deployment and gear selector position. The NHTSA recalled certain 2015 Rogue models — along with 2014, 2016, and 2017 models — in April after it was discovered that the airbag sensor, also known as the Occupant Classification System, was not detecting adult passengers. Because the airbag sensor misclassified the car seat as empty, despite having an adult passenger, the airbags would not deploy in the event of a crash, increasing the risk of major injury among passengers of 2015 Nissan Rogues.

The 2015 Nissan Rogue was also recalled by the NHTSA for because of issues with its shift selector knob, which would allow the vehicle to shift out of the “Park” position without depressing the brake pedal. As a result, the vehicle could unexpectedly roll forward, posing a risk of injury or death.

Already fraught with investigations by the NHSTA, the 2015 Ford Explorer was subject to another investigation after consumer complaints about exhaust fumes entering the cabin, due to a possible leak. The 154 complaints reported ranged from occasional noxious odors when the climate control system is turned on to worries about potential carbon monoxide exposure. As a colorless, odorless, and fatal gas, carbon monoxide exposure in enclosed spaces is extremely dangerous. The NHTSA will launch a recall if they find enough evidence during their investigation to show that the exhaust fume leak is a serious safety hazard to consumers.

The NHTSA issued a recall in May on nearly 48,500 2016 and 2017 model years of the Subaru Legacy sedans and Outback wagons, due to serious issues with the steering column. In certain vehicles, the steering column may not have been machined properly. As a result, the defective steering columns may cause the steering wheel to have no effect on the direction of wheels. This could potentially cause a serious crash, especially if this defect occurred while a motorist was driving on a highway or maneuvering around a corner. The defect is so severe that Subaru told owners to stop driving 2016 and 2017 models immediately until an inspector could check out the vehicle.

The Tesla Model S has been the subject of a well-publicized probe after a fatal highway crash involving a Tesla Model S on Autopilot mode and a semitrailer. The Autopilot feature failed to activate the brakes despite the oncoming traffic, causing the deadly collision. The investigation, headed by the NHTSA, found that the Autopilot feature was being used to fully operate the vehicle while the driver was watching a film. Tesla warns drivers to always keep their hands near the wheel and be prepared to take control of the vehicle, but many motorists misuse the technology.

The Autopilot feature may have failed because the Autopilot feature was unable to distinguish between the “white side of the tractor trailer against a brightly lit sky,” according to Tesla. Tesla has also posited that the crash could be due to brake failure in the Model S vehicle, rather than a failure of the Autopilot mode. Internal investigations into the cause of the crash are ongoing. As more details emerge from the probe, such as the fact that the vehicle was going over the speed limit while on Autopilot mode, consumers are becoming increasingly worried about the reliability of Tesla Model S vehicles and their semi-autonomous features.

Major issues like the ones found in these late model vehicles can often be a sign that the vehicle is a lemon. For more information about what classifies a vehicle as a lemon and what a consumer can do to ensure they are driving a safe vehicle, check out our lemon law information page today.