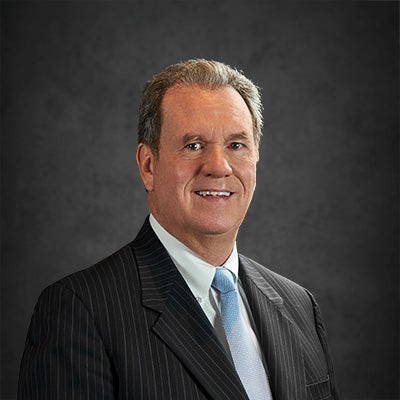 Joseph A. Linnehan is an experienced trial lawyer, having been in the courtroom and trying civil cases for almost 40 years. He has handled almost every type of civil case from civil rights violations to medical malpractice but his focus today is on wrongful death and personal injury cases.

Mr. Linnehan was born in Lowell, Massachusetts. He graduated from Fairfield University in Fairfield, Connecticut in 1975 with a degree in political science, and obtained his law degree from Loyola University School of Law in New Orleans in 1978. That same year he was admitted to the Massachusetts Bar, but chose to pursue his legal career Florida, where he served as an Assistant Attorney General for the State of Florida in the Civil Division from 1979 until 1984. This afforded him the opportunity to work "for the people's" law firm as he represented various state agencies in trial and on appeal statewide.

In 1984, Mr. Linnehan joined the Ft. Myers office of Fowler White where he later became a partner in 1989.  In 1996, the firm appointed him managing partner of the office. However, when the opportunity presented itself to join Morgan & Morgan in 2005, Mr. Linnehan felt the timing was right to make an exciting change and help the people, not the powerful.

Over the course of his 40 year career, Mr. Linnehan has built a sterling reputation in the courtroom and has been recognized for his professional excellence by his peers outside of it. He is rated AV Preeminent by Martindale-Hubbell, the highest rating from the most prominent lawyer rating company in the industry. He has been Board Certified in Civil Trial Law by the Florida Bar since 1989, a distinction held by less than 5 % of all lawyers in the state.