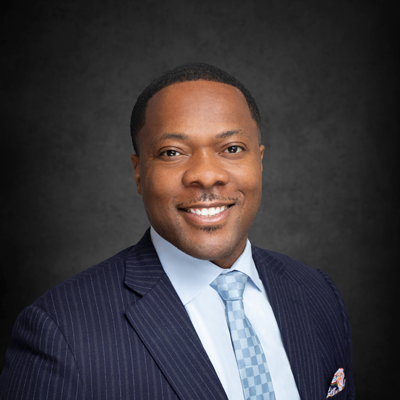 Brian Christopher Winfrey is a member of the national law firm of Morgan & Morgan, P.A. He practices in the firm’s Nashville Office and leads the firm’s Employee Rights Practice in Tennessee. Mr. Winfrey is a native of Nashville. He is a graduate of Vanderbilt University Law School – where he was a Dean’s List student, student government leader, and Dean’s Scholarship Recipient.

In law practice, Mr. Winfrey is a highly-regarded and respected employment litigator. He was selected for inclusion in the 2017 Edition of The Best Lawyers in America in the practice area of Employment Law – Individuals. He has also been named to the SuperLawyers Mid-South “Rising Star” List every year since 2013 – a designation given to no more than 2.5% of attorneys in the state. Brian is also listed as one of the Top 40 under 40 by the National Black Lawyers.

Brian Winfrey has secured millions of dollars in recovery for his clients in jury trials, bench trials, arbitrations, and settlements. His employment litigation experience is comprehensive. Before merging into Morgan & Morgan’s rapidly growing Nashville Office, Mr. Winfrey founded and managed a very successful employee rights firm in Nashville (The Winfrey Firm). Additionally, he is a former Trial Attorney for the United States Department of Labor (Office of the Solicitor) and former Associate Attorney with one of the largest labor and employment defense firms in the United States (Ogletree Deakins). Mr. Winfrey frequently speaks and lectures on the subject of labor and employment.

Brian Winfrey is committed to leadership and service to the legal profession. He is the Secretary of the Tennessee Bar Association (TBA). He serves on the TBA’s Board of Governors and Executive Committee. Mr. Winfrey has also served on the Executive Councils for the Labor and Employment section of the TBA, the Tennessee Employment Lawyers Association, and the Napier-Looby Bar Association. He was a member of the 2012 TBA Leadership Law Class and Nashville’s Emerging Leaders. Brian is also an active member of the Nashville Bar Association. He was recently recognized as a 2017 Nashville Bar Foundation Fellow.