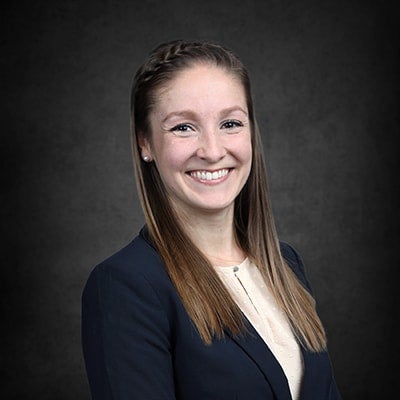 Alicia M. Smith is an attorney in Morgan & Morgan, P.A.’s Orlando office. She was born in Minneapolis, Minnesota, but was raised in Clermont, Lake County, Florida. Hard work and perseverance were ingrained in Mrs. Smith at a very early age as she spent her teenage and college years assisting her parents in running their family-owned restaurant. While doing so, Mrs. Smith obtained her Associate of Arts degree while in high school. In addition to excelling academically, her competitive spirit also enabled her to excel in extracurricular activities such as soccer and martial arts. She went on to play semiprofessional soccer, earned her black belt, and was dubbed the world champion fighter in her respective martial arts style.

Prior to joining Morgan & Morgan, P.A., Mrs. Smith was a felony division legal intern at the Public Defender’s Office, a certified legal intern with the State Attorney’s Office, and worked as a law clerk for a Florida insurance defense firm. She then continued her legal career working for a statewide civil trial defense firm where she defended Fortune 500 companies as well as insurance companies and their insureds in a wide variety of cases involving premises and professional liability.

Since transitioning to Morgan & Morgan, P.A., Mrs. Smith focuses her practice on personal injury and civil trial litigation, and fights for those who have been injured by the negligence of others. Mrs. Smith now uses her strong work ethic, competitive nature, and experience/knowledge obtained from representing large corporations and insurance companies to achieve the best results for her clients.