5 Ways the Age Discrimination in Employment Act Can Change 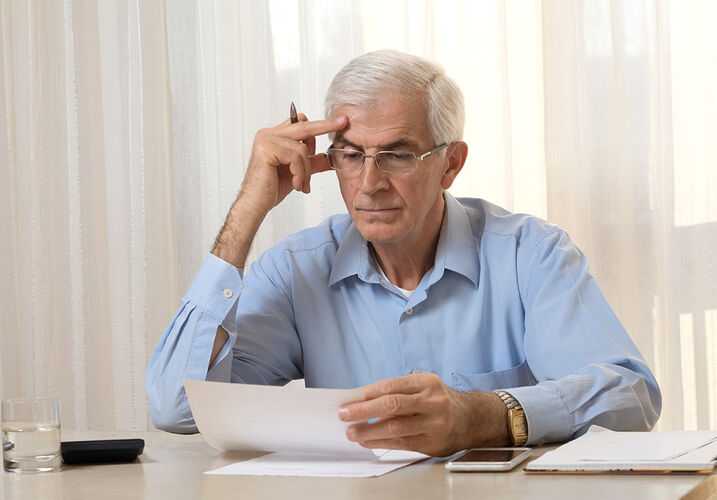 Today’s workplace looks very different from the office of the 1960’s. Just how we replace old technology or create new job titles, we should also ensure our workplace discrimination laws evolve with the times.

The Age Discrimination in Employment Act (ADEA) is one of those employee rights that needs to be brought into the 21st century. The law protects workers 40 years and older from age-based discrimination in decisions related to hiring, firing, promotions, and more. In 2015 alone, the U.S. Equal Employment Opportunity Commission resolved 20,144 ADEA claims for an estimated $99 million.

As we mark the ADEA’s 50th anniversary, we should not only celebrate its achievements, but we should also critically examine how the act can be improved to protect even more employees in the next 50 years. Here are five places to start.

The ADEA was initially created in response to the high unemployment rate of older American workers during the 1960’s. Before it was passed in 1967, companies could legally post job descriptions that disqualified applicants who were over 40.

This outright form of discrimination is thankfully illegal now, thanks to the ADEA. However, it doesn’t mean that age is no longer an issue in the recruiting process. In 2014, 45 percent of job seekers 55 years and older were long-term unemployed, according to the AARP.

But, holding companies accountable for age discrimination can sometimes be difficult because of one word: “individuals.”

Though the act was created with applicants in mind, because the ADEA outlines protections for “individuals ”— rather than specifically stating “applicants” — some courts have argued that the act only protects hired employees.

In a recent age discrimination lawsuit filed against R.J. Reynolds, the 11th Circuit ruled that applicants could not sue for discrimination. This interpretation isn’t held by every judge though. In Rabin v. PricewaterhouseCoopers earlier this year, Judge Jon S. Tigar ruled that PwC must face the discrimination claims brought by applicant Steve Rabin.

The hiring process is the first battleground for equality; the ADEA should be clarified to extend to every applicant facing that fight.

This has created a new challenge for the ADEA. If a new policy or restructuring primarily affects an older group of employees (50 and above, for example) some employers may use the protection of their 40-something employees to argue that they are not guilty of age discrimination.

The courts disagree on whether or not claims can be brought by older subsets of workers. The Third Circuit Court of Appeals recently allowed a claim alleging discrimination against employees 50 years and older in Karlo v. Pittsburgh Glass Works, but the Second, Sixth, and Eighth districts haven’t allowed these claims to be brought. These differences will likely necessitate U.S. Supreme Court review.

Unlike Title VII of the Civil Rights Act (which covers racial, ethnic, and gender-based discrimination, the ADEA does not permit mixed claims. This means that in order to prove age discrimination, the employee’s age must be the single motivating factor for their termination or mistreatment.

This stems from the U.S. Supreme Court ruling in Hazen Paper Co. v. Biggins in 1993. After this decision employees were required to prove that their employers terminated them because of “inaccurate or stigmatizing stereotypes” of older workers.

If an employee is fired for reasons other than age-based stereotypes (even if ageism is implied), those reasons mitigate discrimination. Theoretically, under this interpretation an older employee could be replaced with a low-earning, entry-level employee since the company’s bottom line, rather than the employee’s age, would be the motivating factor.

In most cases, it’s just an easy way for employers to call discrimination by another name.

4. Shifting the Burden of Proof to Employers

Prior to the 2009 Gross v. FBL Financial Services decision, if employees could show that their age was a contributing factor in losing their job or benefits, it was up to the employer to prove they had another reason. Since the Gross decision though, employees now have the entire burden of proof when bringing an age-discrimination claim.

This not only complicates how ADEA claims are proven, it also implies that age discrimination is somehow a lesser form of discrimination compared to Title VII protections.

The last change that the ADEA needs is not necessarily a fault of its own: it’s greater awareness. Despite its 50-year existence, age-based discrimination still happens, and in some corporate cultures it is practically praised.

Celebrated CEOs like Mark Zuckerberg only exacerbate negative stereotypes when they proclaim that “Young people are just smarter,” encouraging the misunderstanding that the next big idea could never come from someone who has been in the workforce for more than 20 years.

Often, age discrimination isn’t as blatant as Zuckerberg’s comments; it is usually more subtle. It happens when companies only seek to hire digital natives, for example, or when they conduct all of their recruiting on college campuses. Corporate cultures that promote millennials for their comfort with technology discount the countless number of older employees who may remember a time before everything could be Googled, but who can also contribute years of insights that only experience can bring.

In the last 50 years, we haven’t eliminated age discrimination; we just assigned it other names like “innovation.” It’s time that the ADEA becomes more than just a workplace discrimination law (a somewhat flawed one, at that), and becomes a driving force for greater equality.