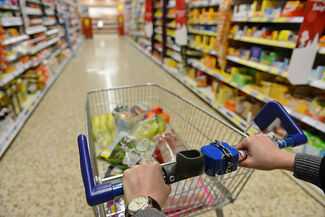 Walmart is the quintessential American success story: A small, family-owned business expands from one store in Arkansas to the world’s largest brick-and-mortar retailer. With thousands of locations across the United States, chances are, you’ve visited a Walmart at least once if not made it a part of your shopping routine.

While most shoppers complete their trip without incident, sometimes Walmart customers are involved in a slip-and-fall and suffer injuries. Because Walmart is the biggest retailer in the United States and the average store spans more than 100,000 square feet, accidents are bound to happen. Unfortunately, in some stores, customer safety is not the priority it should be.

If you were injured in a Walmart, understand that you have certain rights. You might be just another injured shopper to them, but your injury seriously impacts your life and well-being. The Walmart lawyers at Morgan & Morgan may be able to help you recover compensation in a difficult time. Here’s what you should know.

To file a successful slip-and-fall or other personal injury claim, you must demonstrate that the person or entity you’re bringing the claim against acted negligently and that their neglect directly contributed to your injury. It’s not enough on its own to suffer an injury on Walmart premises; rather, you must prove that an employee caused a hazard, knew about a dangerous situation but did nothing about it, or should have reasonably known about it. A couple of examples might include:

Because Walmart is such a large-scale operation, the retail giant is constantly being sued. In fact, thousands of lawsuits are filed against Walmart every year. Because Walmart is the biggest retailer out there, it can be difficult to hold it accountable for an injury. It has virtually endless resources and employs some of the top lawyers in the field. Since the company is constantly fighting lawsuits, it has been able to fine-tune its approach to legal matters. Despite its size, it has a reputation for fighting claims tooth and nail.

At Morgan & Morgan, we have the resources necessary to negate these advantages and take on big corporations like Walmart. Our attorneys will:

If you were injured at a Walmart due to someone else’s negligence, it’s important that you get in touch with a law firm that’s not afraid to take on a behemoth. At Morgan & Morgan, we’ve helped more than 100,000 clients collect damages totaling upwards of $5 billion in all kinds of personal injury cases. We’re not afraid to take on the biggest retailers, and our legal experts understand how to craft a winning case. We may be able to help you recover compensation for your lost wages, medical bills, pain and suffering, and other damages. Find out how by scheduling a free case evaluation.