Gated Communities Could be Coming to Jackson, But Expectations Are Mixed 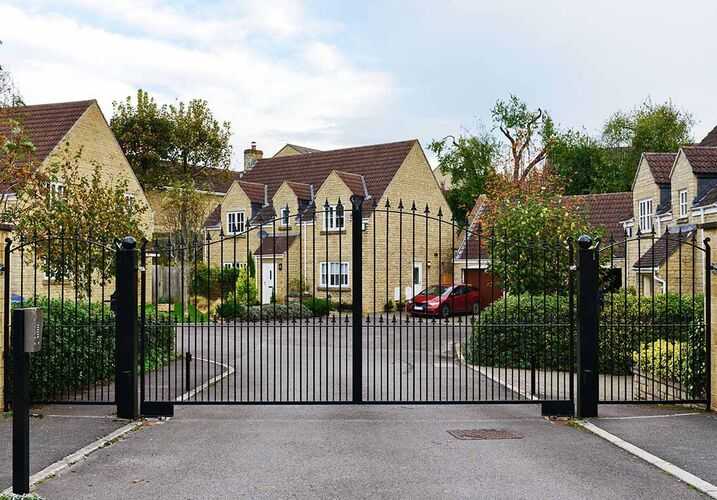 Jackson’s communities simmer over adding gates to neighborhoods, with residents and authorities trading support and doubt over the project, presided over by a city council hesitant to do the wrong thing.

Woodland Hills, a neighborhood in Jackson a short drive north of the University of Mississippi Medical School, is the epicenter of a discussion about gated communities, according to the Jackson Free Press. Supporters believe the gates will drive up property value and improve their safety, but opponents are concerned with their own property value and the shift of crime to their homes instead.

Woodland Hills natives line both sides, sharing their opinions with the Jackson City Council. The discussion highlights some of the good and bad effects, plus the uncomfortable truths of installing gates in a community.

The Jackson City Council passed an ordinance allowing neighborhood associations to erect their own barriers earlier this year, and residents are now eager to start using it, according to the Free Press. This first proposal required approval from 60 percent of an association’s members or affected residents, but the ordinance’s process and implementation is ambiguous.

The ordinance is now being criticized by the mayor, who mentioned in October it’s too difficult to implement. The council is considering a redo. Despite that, some neighborhoods are moving forward while waiting for concrete instructions on how to submit their proposals. Woodland Hills is the most prominent.

The Good Effects on Traffic and Crime

The supporters of the project believe the gates will “keep possible criminals and high-speed traffic off their streets,” according to the Free Press. They also cite several other factors, like improved property value and competition with the suburbs, where gated communities might be developed on totally private land or subject to different rules.

Gated communities improve people’s perception and possibly reality of their safety, and adds a sense of community to the neighborhood, according to several studies drawn from by the International Foundation for Protection Officers, a non-profit organization serving the security guards of these communities.

The sense of safety and community some Woodland Hills residents might get from the new gates could reduce those feelings for others, however.

The Bad Effects on Community Living

One resident told the Free Press in the same earlier article that gating would change “the property value and tone of the charming neighborhood,” with his value likely to decline when a gate is placed right in front of it, while also keeping him from the neighborhood he freely travels in today.

Another complained their family has lived in Woodland Hills for several decades, much longer than other residents, and one of the gates would exclude their home from the new community. She mentioned the measure would do nothing to reduce already low crime, instead just sending it elsewhere in the area.

Studies have shown some of the often benefits of gated communities can be drawbacks, too. IFPO cites several studies decrying gated communities as cutting residents off from society, causing economic segregation, and privatizing public roads and land.

Don’t hold your breath for a Woodland Hills basketball court and civic center, but many other, more expansive or newer neighborhoods might see exclusive developments only residents can use. Private land with private expenses drives out public amenities, according to IFPO’s database of studies.

The gating process in Jackson is confined to Woodland Hills only, but the decision the city council makes could serve as a first study for future communities to look at. Some things are bound to happen though, regardless of whether they’re good or bad.

The Ugly Realities of Gating

Every gated community is different, and there’s no easy way to tell what changes installing gates could bring, but some of the biggest fallout is obvious, and not pretty. Residents could live on opposite sides of a gate whose street they can remember driving down, now having to stop to enter a code or speak to a security guard just to enter a new “neighborhood.”

Security in a gated community is also “only as good as the people who provide it,” per IFPO’s sources. A poorly designed or maintained gate, and the security employees or measures it comes with, might provide little property or safety benefit to users.

Perhaps most importantly, Jackson’s current gate ordinance requires the general public have uninterrupted access to the street, according to the Free Press. This means one of the biggest sells, the gates’ effect on traffic, might not be very effective if drivers put up with waiting for a gate to open so they can keep taking their shortcut home instead of an alternate route. The new ordinance might change this requirement.

Gating a community might mean more exclusive residences or quieter neighborhoods, but people will still be driving cars, and you or a loved one might find yourselves in danger. Venturing out to work, the movies, or grocery shopping can quickly turn sour, and Jackson’s roads can be dangerous.

Our attorneys are ready to fight for your compensation. They can help you understand the complexities of auto accident law, investigate and build your case, and negotiate with insurance companies on your behalf to improve your situation. Fill out our free, no-risk case evaluation form if you’re ready today.