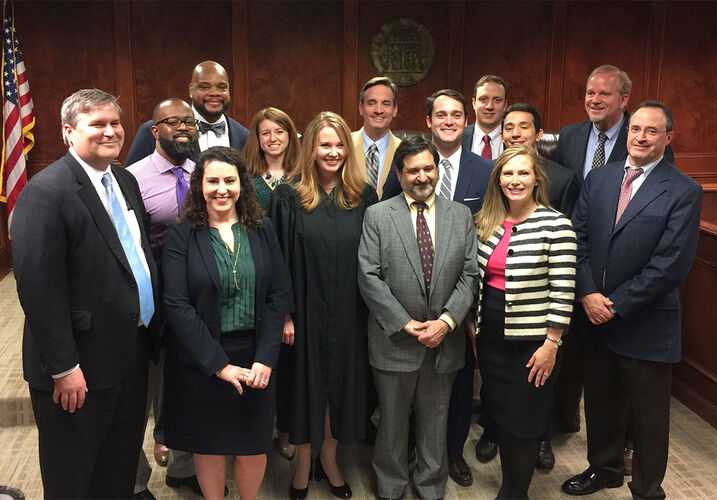 Morgan & Morgan is thrilled to announce one of our Atlanta attorneys has become an administrative law judge in Georgia.

The Georgia State Board of Workers’ Compensation is the organization overseeing workers’ compensation claims in Georgia. They assist injured workers and their employers by ensuring swift and fair resolution of claims, encouraging workplace safety and safe returns to work for employees.

Dedicated to Workers’ Comp Since the Beginning

She has previously served on the Ethics Steering Committee for the State Board of Workers’ Compensation, and is a frequent speaker for workers’ compensation seminars around Georgia.

“I am thrilled to have the opportunity to be an administrative law judge and take on a new role in a system I have worked within my entire legal career," she said. "I will miss working with clients and helping them understand and navigate the workers’ comp system.”

Boehm’s more than 20 years of experience in workers’ compensation litigation will be a powerful tool in helping her succeed in her new position.

Boehm’s experience isn’t just limited to fighting for workers’ compensation claims. She has served on the Board of Trustees for the Georgia Institute of Continuing Legal Education, and earned the highest AV Preeminent Ranking from her peers through Martindale Hubbell for her legal ability and ethical standards.

Boehm also worked on behalf of insurers prior to joining Morgan & Morgan, where she found that her work allowed her to “see both sides of the system and have a better appreciation of issues that injured workers face in their cases.”

She hopes to be “fair and impartial,” and takes the application of the facts contained in the record very seriously.

Boehm is an example of what Morgan & Morgan attorneys can achieve in the legal field. Some of our lawyers have served as governors, representatives, and in many other community and political positions, exemplifying our commitment to being For The People.