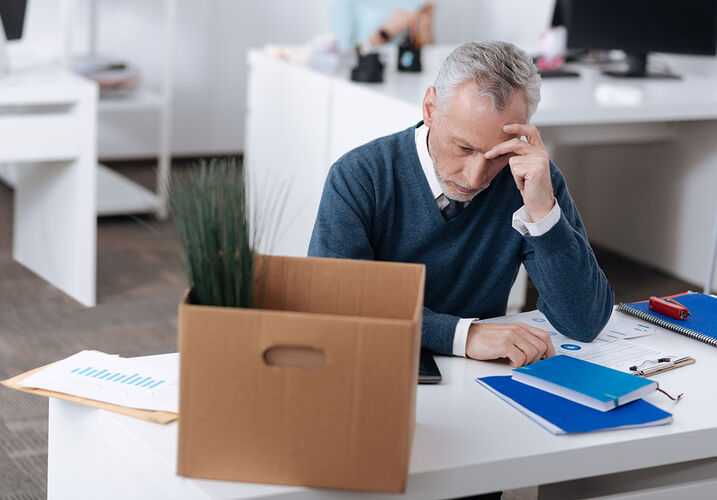 Facebook founder Mark Zuckerberg once boldly proclaimed, “Young people are just smarter.” In an age dominated by tech startups that celebrate these “digital natives” and their “forward-thinking” ideas, the 50th anniversary of the Age Discrimination in Employment Act couldn’t come at a more ageist time.

The ADEA is a federal law that protects American workers over the age of 40 from being fired; laid off; or denied employment, benefits, or pay because of their age.

As we mark 50 years of this labor rights achievement, we’re reminded how far we still have to go in eliminating age discrimination.

Negative stereotypes that portray older workers as unwilling to change and incapable of learning new skills still persist, perhaps more so as technology advances at a lightning speed. And the ADEA itself is still being debated and shaped by courts who disagree on what exactly the act covers.

These factors, combined with an aging workforce, may make the next 50 years the most important in the ADEA’s existence.

A Look Back: Age Discrimination in 1967

In the 1960’s, if you were unemployed and over 45 your chances of finding a job were slim. Many job advertisements specifically told the 45-plus crowd to not even apply.

These age caps, the U.S. Department of Labor reported, disqualified half of all job applicants and contributed to the nation’s high unemployment rate — one that disproportionately affected older workers. A 1965 DOL study\ found that 27 percent of the unemployed and 40 percent of the long-term unemployed were ages 45 and over.

Though many states enacted workplace age discrimination laws in the 1950’s and 60’s (following Colorado’s trailblazing law from 1903), the country still desperately needed a federal law that protected every American worker from being denied employment or benefits simply because of their age.

In 1967, Congress took action and created the ADEA. President Lyndon B. Johnson signed it into law on Dec. 15 of that year.

Fifty years on, the U.S. Equal Employment Opportunity Commission still enforces the ADEA by imposing penalties and fines against employers who violate it. In 2015 alone, the EEOC resolved 20,144 age discrimination claims] for an estimated $99 million in benefits.

Today, More Workers Are Over 40, Yet Discrimination Still an Issue

Facing higher life expectancies and less reliable social security and retirement funds, Americans are working longer than they did 50 years ago. And like older generations before them, the longer they try to stay in the workforce, the harder it is finding work.

As the workforce ages, the ADEA becomes even more important, explains Christina Thomas, an employee rights attorney who specializes in age discrimination cases.

“Loss of savings, wage stagnation, and the erosion of pension and retirement protections in this country has folks working well into their 60’s and 70’s. When the ADEA was passed, ‘40’ was considered old. I’m having clients call me in their 80’s complaining about being harassed and bullied at work,” she said.

Though many of these older workers need to work, they often have a difficult time finding employment. In 2015, it took unemployed workers 55 and over 10 weeks longer to find a job than younger applicants (36 weeks compared to 26 weeks).

So, how far have we really come since 1967? According to a 2013 AARP study, not far: Two-thirds of workers ages 45 to 74 reported witnessing or experiencing age discrimination.

An Attorney’s Perspective: Health Care and the ADEA

Since 1967, workers have earned additional federal protections which can help older employees stay in the workforce longer. These include the Family and Medical Leave Act, which provides unpaid leave for medical or family reasons, and the Americans with Disabilities Act, which prohibits discrimination against individuals with disabilities.

“The biggest change I’m seeing in the types of claims are cases where the ADEA intersects with other statutes like the Family and Medical Leave Act, the Americans with Disabilities Act, and the Employee Retirement Income Security Act,” she said. “Many older workers need accommodations for medical appointments, therapies, and caregiving responsibilities.”

“Likewise, many newer companies are simply unaware of how these laws work in tandem when employees get sick,” she added. “I’m seeing more and more company-wide policies that have an adverse impact on older workers.”

And, just the cost of providing health care to aging workers may tempt some employers from hiring them.

“Health care costs are rising and continuity of coverage is uncertain. All of these factors create financial pressure on companies to push older workers out,” Thomas said.

The Next 50 Years: Fighting the ADEA’s “Second-Class” Status

For some workers, their fight doesn’t end in the office. Some labor rights advocates complain of the “second-class” status that age discrimination suffers from.

ADEA claims carry a higher burden of proof than Title VII (Civil Rights Act) discrimination suits which cover gender, race, ethnicity, and religion. Plaintiffs are required to prove that age was the only motivating factor in their termination, unlike Title VII which can rely on mixed claims.

In 1993, the Supreme Court ruled in Hazen Paper Co. v. Biggins that if an employer fired an employee for reasons other than age — even if age is implied, like firing an employee before their pension kicks in — the other factors mitigated age discrimination.

More recently, in 2009, Gross v. FBL Financial Services shifted the entire burden of proof to workers. Previously, proving age bias was a two-step process; if employees could prove that age was a factor for their loss of employment or benefits, it was up to the employer to show that they had a reason other than age to let them go.

According to some courts, the ADEA also differs from Title VII in that it doesn’t apply to job applicants. They argue that because the act refers to “individuals” rather than “applicants,” it only protects hired employees.

This interpretation is held by the 11th Circuit, who recently backed R.J. Reynolds’ argument that applicants couldn’t sue for discrimination.

U.S. District Judge Jon S. Tigar disagreed with this interpretation when he ruled in Rabin v. PricewaterhouseCoopers earlier this year that PwC must face the age discrimination claims brought by applicant Steve Rabin. Rabin alleges that PwC violated the ADEA because applicants who are not affiliated with a university cannot apply to PwC’s entry-level positions.

Judge Tigar justified his ruling by explaining that U.S. Supreme Court precedent and the EEOC, the agency that enforces the law, interpret the ADEA as protecting applicants.

In the next 50 years, the ADEA will continue to evolve as courts clarify exactly who the act covers and how claims are brought.

The 50th anniversary of the ADEA offers a reminder that federal law protects us from wrongful termination or denied employment simply because of age.

“Deep down, people want to work — to feel appreciated and provide something of value to society,” Thomas said. “Older workers are protected by many federal, state, and local laws. None of these laws are perfect, but a skilled lawyer will understand how they intersect in a changing economy.”