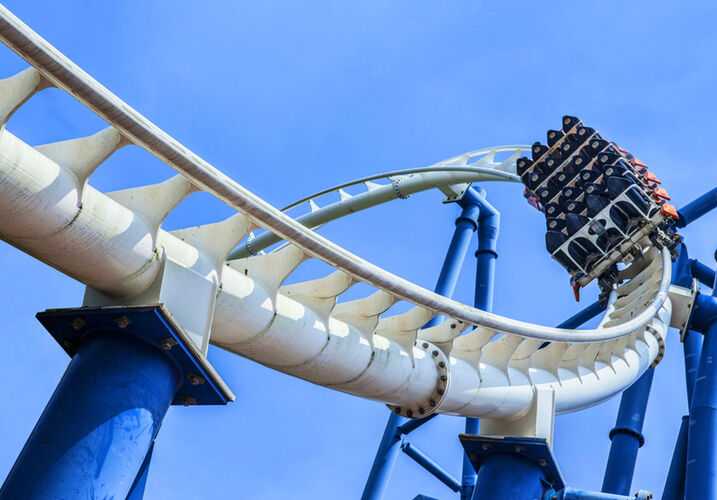 On Thursday, June 14, 2018, the Sand Blaster roller coaster at the Daytona Beach Boardwalk derailed. Two passengers fell 34 feet before hitting the ground, and seven others were sent to the hospital.

Attorney Matt Morgan is representing some of the victims, who each suffered serious, life-altering injuries. Mr. Morgan announced June 18 that the firm is working with world-renowned roller coaster safety experts and other authorities to determine the cause of the accident.

The 40-year-old Sand Blaster roller coaster bounced around amusement parks throughout the country before it landed in Daytona Beach in 2013 under Ed Kennedy and Stan Manousos’ ownership.

"It looked like it could have snapped off at any point."

In its short history at the Daytona Beach boardwalk, it has been shut down multiple times by the Florida Department of Agriculture and Consumer Services for safety violations. It was closed in May of 2017 for a dozen safety violations, including excessive corrosion, cracked bracings, damaged bolts, and an electrical problem. When it reopened later that summer, it was under the new ownership of Daytona Beach Boardwalk Amusement Rides Inc.

But the change in ownership didn’t put an end to the roller coaster’s rocky safety record. On May 17, 2018, the roller coaster failed an inspection because of excessive corrosion, a damaged seat, and a crack in the track.

The Sand Blaster allegedly passed an inspection the morning of June 14, 2018. But, eye witnesses reported that workers were still welding when the ride began to accept passengers.

Later that evening, the roller coaster derailed with 10 passengers on it. The front car hung completely perpendicular off the tracks and the middle car partially derailed. Two passengers were ejected from the ride, falling 34 feet.

"It was barely hanging on by a thread," an eye witness told WFTV-Channel 9{: target="_blank"}. "It looked like it could have snapped off at any point. It looked like plastic was literally holding it."

The passengers that remained on the ride reported waiting roughly 45 minutes before the Daytona Beach fire department was able to rescue them. Nine passengers, including the two that fell out of the ride, were treated at the Halifax Health Medical Center.

Matt Morgan reported that his clients suffered serious, life-altering injuries, including client Amanda Bostic who was ejected from the ride.

Ms. Bostic said in an interview with ABC{: target="_blank"} that her friends saw her “bounce like a pin ball” off the roller coaster rails before she hit the ground. She suffered a concussion, bruises, and broken teeth.

The other two clients sustained serious injuries that Matt Morgan described as being typical of traumatic events of this nature, like concussions and neck, back, and spinal injuries.

“Our clients came to Daytona Beach with healthy bodies looking forward to their summer vacation. They will leave Daytona Beach with broken bones and with walkers, and many of them forever have their lives changed as a direct result of the failure of this roller coaster,” Matt Morgan said in a press conference on June 18{: target="_blank"}.

Morgan & Morgan hired world-renowned roller coaster safety experts Brian and Bill Avery to investigate the cause of the accident.

They will review safety inspection records and maintenance logs, as well as conduct a full inspection of the roller coaster parts and track.

The Avery’s are particularly interested in signs of corrosion damage—the same issue that has plagued the Sand Blaster in the past. Corrosion from salt air is a common problem for coastal attractions.

The restraint failures are another primary concern. Bill Avery pointed out that restraints are meant to keep passengers in rides at all times—even in the event of an accident. If the restraints had worked properly, Ms. Bostic and her fellow passenger would have remained in the ride.

Lawsuits Will Be Filed if Insurance Companies “Play Games”

"If I was this coaster’s insurance company, I would have already sent a million-dollar check."

All potentially responsible parties will be investigated for their role in the accident, including the roller coaster’s operators, manufacturers, and owner. It will then be up to the insurance companies of the responsible parties to act in the best interests of the victims.

“If I was this coaster’s insurance company, I would have already sent a million-dollar check without question just based on the information that they have to date,” said Matt Morgan.

“A lot of times insurance companies tend to play games with cases like this, and deny liability even though the roller coaster came off the track. That happens more often than not, and so I do anticipate needing to file a formal lawsuit.”

Mr. Morgan said he will fight to ensure each of his personal injury clients are justly compensated to account for the challenges they will face in the future.

“Based on information that we have to date, these are likely lifelong injuries that they are going to be dealing with,” he said. “We are tasked with the difficult duty of protecting their future.”