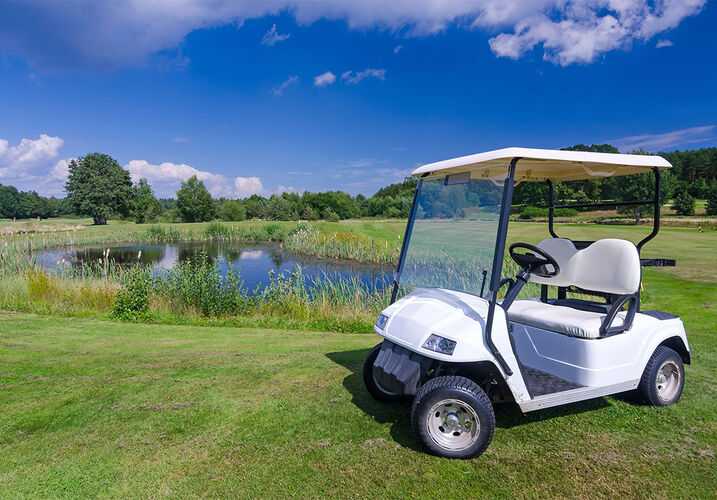 After seven years and two trials, attorneys Nick Panagakisand Alexander Clem helped see that justice finally be served for a Florida man who was injured in a golf course accident.

On November 26, 2011, Marcello Mazza was golfing on the 14th hole at Rolling Hills Country Club in Longwood, Florida.

As he approached a water feature while driving a golf cart owned by the country club, he hit a hidden hole covered by grass and dollar weed. He and his fellow passenger were ejected from the golf cart before the vehicle fell on top of them, landing at the embankment of the water feature.

Mr. Mazza broke both his wrists as a result of the accident.

Attorneys representing Rolling Hills claimed that our client should never have been in the hazard area with his golf cart—which they argued was an obvious part of the natural topography of the golf course—and that his injury was entirely his fault.

But, attorneys Nick Panagakis and Alexander Clem pointed out that Mr. Mazza was not in the hazard area, but in the rough where he was allowed to be according to golf rules.

Evidence also showed that the course maintenance superintendent had known about the dangerous condition of the hidden holes 10 years prior to Mr. Mazza’s accident. In that decade Rolling Hills did not fix the holes, nor did they place warning stakes, ropes, or signs alerting golfers of the danger.

Panagakis explained that Mr. Mazza’s accident and subsequent injuries were a result of the country club’s failure to have any safety rules or warnings in place, combined with their inadequate and poorly trained staff.

Rolling Hills had originally offered $50,000 to Mr. Mazza. Believing that this wasn’t enough to fully compensate his injuries, Morgan & Morgan took his case to trial.

The case was tried in Sanford, Seminole County, part of the Eighteenth Judicial Circuit of Florida.

Though the venue is known for traditionally being conservative, it didn’t stop the jury from seeing that Rolling Hills Country Club’s negligence caused serious harm to our client. They came back with a $745,000 verdict.

“Justice prevailed, as the jury with their verdict made it loud and clear that this is not acceptable in their community,” said Panagakis.

Sometimes justice can only be obtained by taking a case all the way to trial. But, some attorneys would rather accept a settlement—even if it’s smaller than what they think their client deserves—because it’s the easy way out.

Our attorneys are different. They aren’t just willing to go to trial, but they have the skills to walk out of the courtroom with a successful verdict.

If you were injured on a business’ premises, you may be able to file a lawsuit to obtain compensation for your medical bills, pain and suffering, and more. Contact us for a free, no-obligation legal review.